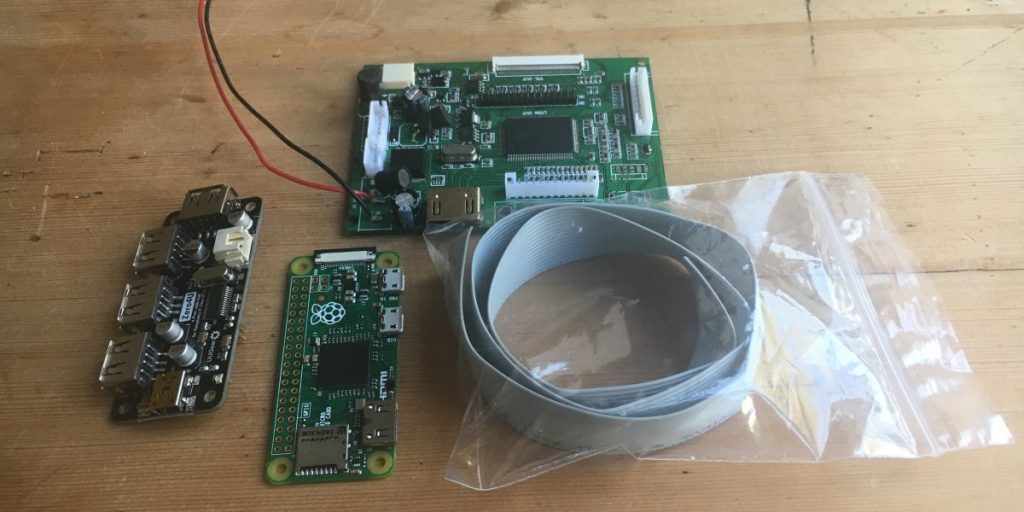 A fervent ZX community has continued to create games, and last year a startup named SpecNext hit Kickstarter to fund the production of a modern update to the Spectrum called the Next – which featured a Z80 processor that could power up to a mighty 7 MHz, up to 1.5 MB of internal RAM and an SD card slot for storage.

Starting from the Spectrum Next, Dan Birch of Dorchester 3D decided to make a portable all-in-one gaming console by wrapping the Next in a rather nice 3D-printed clamshell housing that’s also home to a chiclet keyboard and 8-inch display.

The 284 x 151 x 41 mm ZX Spectrum Next Laptop sees the Next board joined by a Raspberry Pi Zero, a four port USB hub, an LCD driver board and stereo speakers. An 8-inch LCD screen at 4:3 aspect has been installed in the upper part of the laptop housing, and connected to the keyboard base by hinges recovered from an old Dell laptop.

The USB keyboard has been stripped from its casing and connected to the Next board via a PS/2 to USB adapter. The Pi Zero’s SD card slot has been extended to the rear of the laptop case so that the operating system can be updated more easily.

STL files will be soon available for everyone who wants to 3D print the laptop at home.

As you can see below, the final result is pretty amazing.