WalaBeer Tank: Your Beer Always With You! 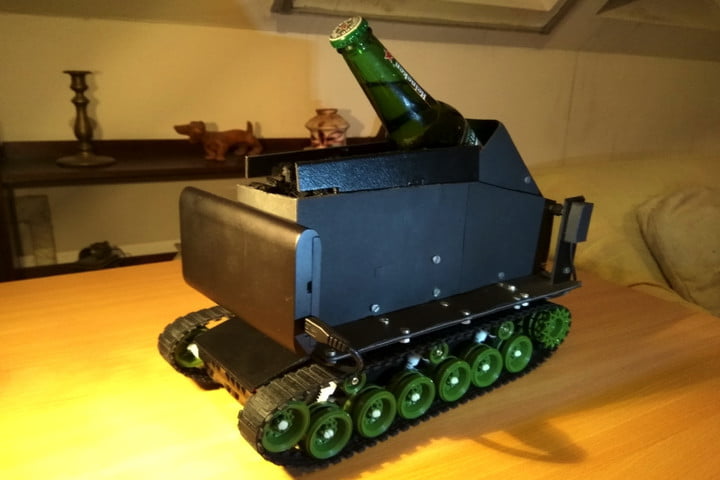 Created by maker Balázs Simon, the WalaBeer tank is a homemade Alexa-connected vehicle that treks around your apartment with the express goal of delivering you a beer.

There are things that deep inside every man wants to have. Combining beer and tanks is one of these things! This project will be about this thing, a voice controlled tank that delivers beer to you with an autonomous “follow me” function or with an RC control. Let’s build the beer tank of our dreams!

The tank’s electronics are built around an Arduino MKR1000 and Raspberry Pi 3 Model B. The Arduino interacts with the hardware, while the Raspberry Pi processes the data from the Walabot, handles the voice commands of the Amazon Echo, and controls the Arduino in the robot’s “follow me” mode.

WalaBeer also includes a crane system that makes it look like your beer is about to be launched like a ballistic missile.

All the instructions you need to build your tank are available on Hackster.io, but if you haven’t enough skills you’d like to know that a future commercialization cannot be excluded.