NeoSensory and High Fidelity Bring VR to the Next Level 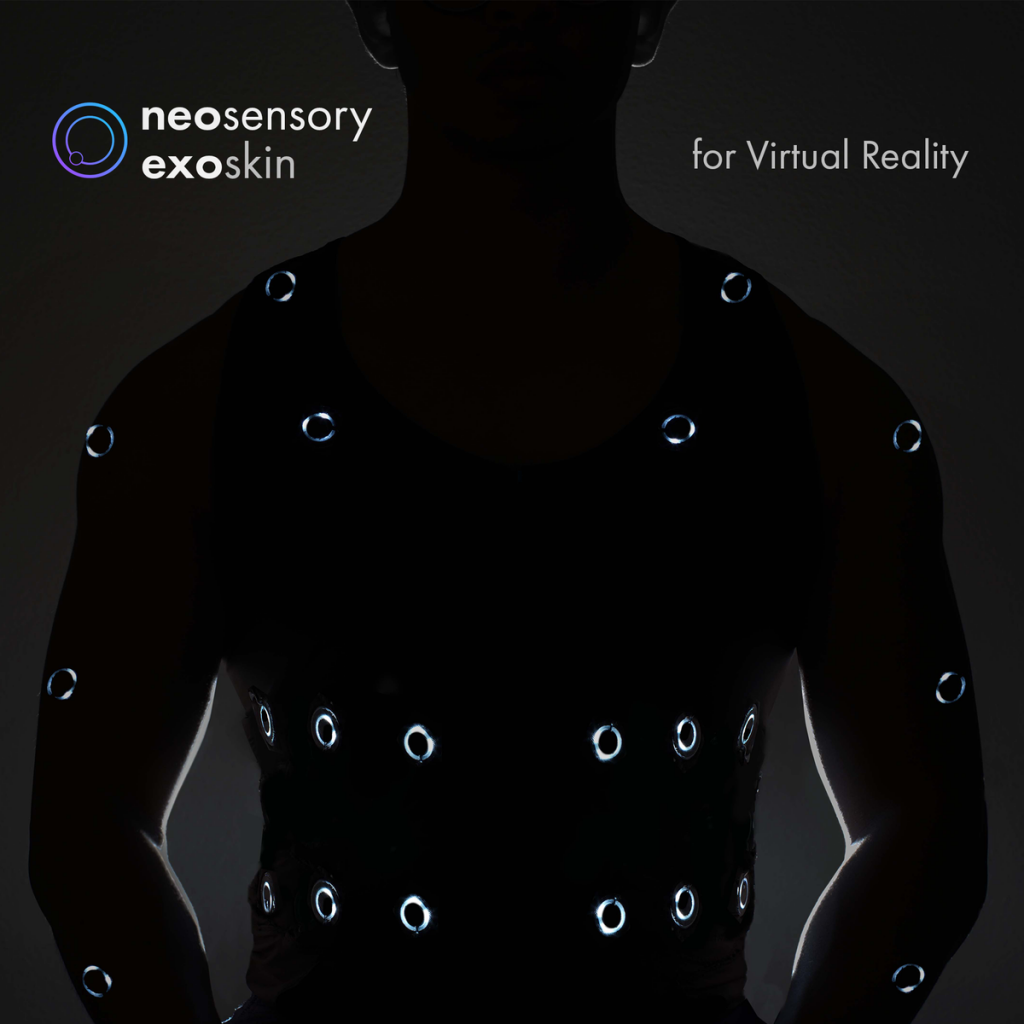 High Fidelity, maker of an open source platform for social VR, and NeoSensory, creators of hardware to extend the human senses, announced they’ve partnered to create a haptic jacket dubbed the ‘exoskin’. Composed of 32 sensory motors, the device generates real-time haptic feedback throughout the users upper body, allowing them to feel physical interacting with other users as well as the environment.

“The promise of VR is in collapsing the distance between people and putting them face-to-face,” said Philip Rosedale, High Fidelity CEO. “Touch is a critical part of the experience of human presence and communication. With their deep neuroscience research and experience with haptic response, NeoSensory has made a virtual skin that solves the absence of touch in VR.”

The device is also directly compatible with High Fidelity’s open source VR platform, so developers can build haptic applications that control the exoskin with JavaScript in High Fidelity, allowing them to add features such as sensing people at a distance, signaling directions or conveying tension as part of an in-world experience.

Preorders for the beta model are available now at $399 via the official website.