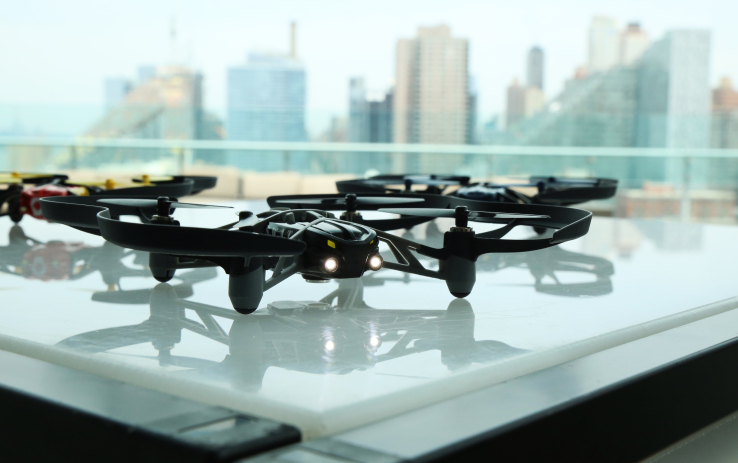 Sony corp. announced an interesting partnership with japanese robotic company ZMP, specialised in self-driving terrestrial robots, to launch Aerosense drones initiative. Sony’s focus will be not mainly on selling drones but about providing a turn-key solution for enterprises:

Sony is stepping into the drone business after the Japanese electronics giant announced a new venture that captures images and other data for business purposes using unmanned crafts.

The new business — which is called Aerosense — is a joint-venture with Japanese robotics and automation company ZMP. It won’t sell drones, but instead will use them to capture images from the skies which — when combined with cloud-based data processing — will provide a range of services and data to help with tasks like measurement, surveying, observation and inspection.

The business is due to launch in August, but it won’t be offering services to customers until next year, the companies said. ZMP, which has develop self-driving technologies for land-based vehicles, will take a (slightly) minor stake (49.995 percent) in the business, leaving Sony — which is providing camera tech, sensors, telecommunications, and robotics — as the majority owner.

Drones are generally thought of as fun toys for gadget lovers, but there’s serious potential to simplify and enhance many processes for businesses.

There are plenty of verticals that stand to benefit from done technology. Telecom companies, for example, require precise imaging to plan new base stations and roll out other new tech. Using drones gets the job done more efficiently, faster and with better results than a team of workers. That applies to a wide range of industries, including agriculture, oil and gas, town planning and highway development to name just a few.

Sony and ZMP are by no means the first to enter the business side of the drone space. DJI, the multi-billion dollar Chinese company best known for its range of consumer drones, recently opened its platform to third-parties to bring benefits to businesses. Andy Pan, the VP who runs DJI’s platform, is particularly bullish about the opportunities that lie ahead.

Source: Sony Is Launching A Drone Business To Provide Data Services To Enterprises