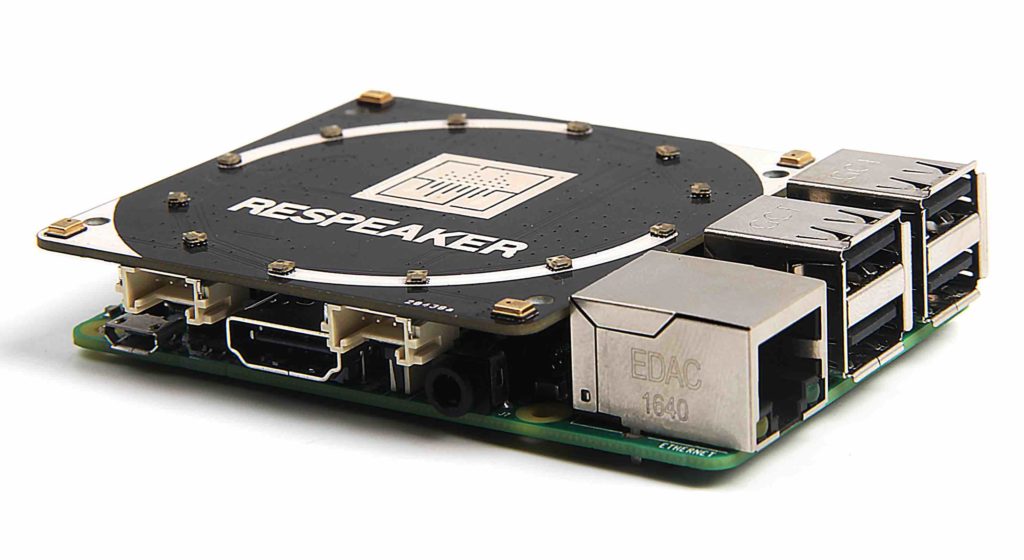 There are an increasing number of software solutions available for adding voice agent technology to the Raspberry Pi, including Alexa agent (Amazon Echo) or the Google Assist technology. Yet, typical microphone add-on boards are often not up to the task of accurate voice detection especially in multi-speaker environments.
Seeed Studios has a solution in the form of a $24.90 ReSpeaker 4-Mic Array for Raspberry Pi.

The Respeaker 4-Mic Array’s four analog mics support voice recognition at up to three meters. The 65 x 65 x 9mm, 20-gram device does not handle voice output, but you can use the Pi’s headphone jack for output. A pair of Seeed Grove interfaces is also onboard.
The add-on board also provides an LED ring made up of 12x APA102 LEDs that can light up to indicate the location of the voice the agent is conversing with. 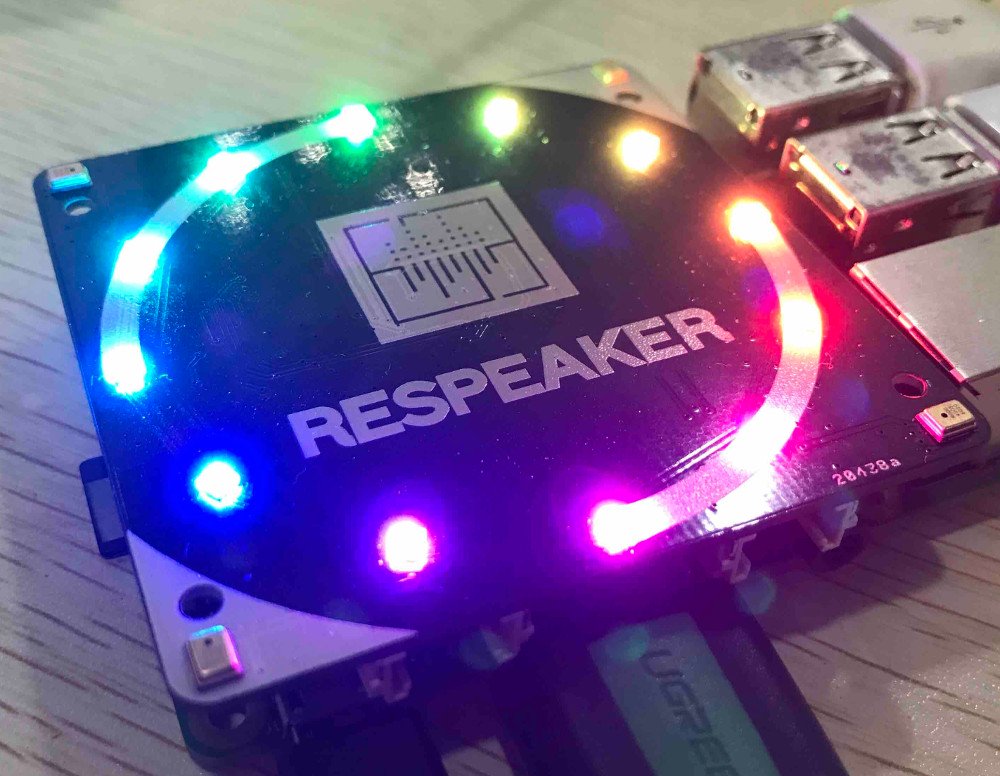