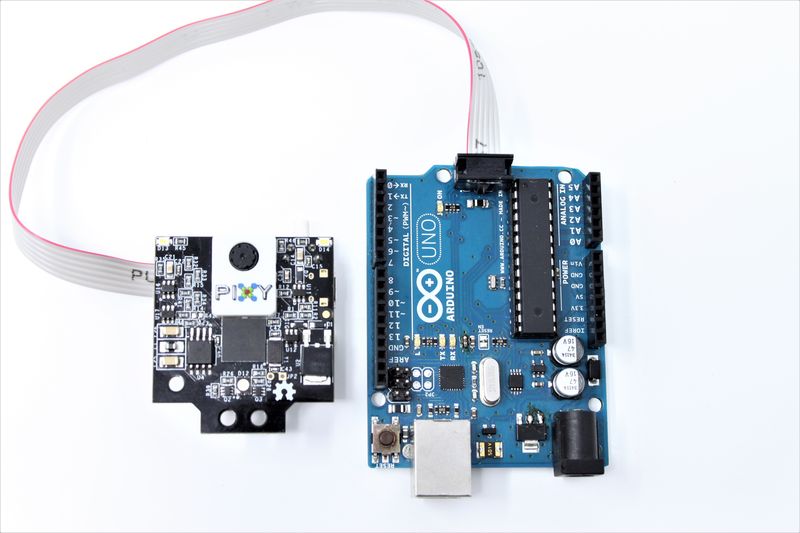 The Pixy announced in 2013 as a Kickstarter campaign, was a computer vision package meant for makers that can learn and detect objects via the press of a button.

The new Pixy2 is smaller, faster, and smarter than the original, and has the same capabilities as the original Pixy, plus a few new tricks. These latest features include a lighting system and a built-in algorithm that allows it to do line tracking automatically — ideal for roving robots. Pixy2, like the original, can utilize a custom pan/tilt mechanism, enabling your mobile or stationary robot to track objects independently of any body movement.

Pixy2 supports a wide variety of microcontrollers, including the popular Arduino platform as well as Raspberry Pi and BeagleBone Black. Unlike most cameras, Pixy handles all image processing on-board, freeing up the host microcontroller for other tasks.

Pixy2 is less than half the size of its predecessor and can process images faster at 60 frames-per-second.  It has an integrated light source that it can turn on for when the lighting needs a boost.  Also available with Pixy2 is a redesigned pan-tilt mechanism that gives Pixy2 the ability to look around and track the objects that it detects.

Pixy2 can also communicate via SPI, I2C, UART, and USB, so it can be used with a wide variety of other SBCs and dev platforms. Futhermore the design is open source, so you are able to hack or mod the design to better suit your needs.