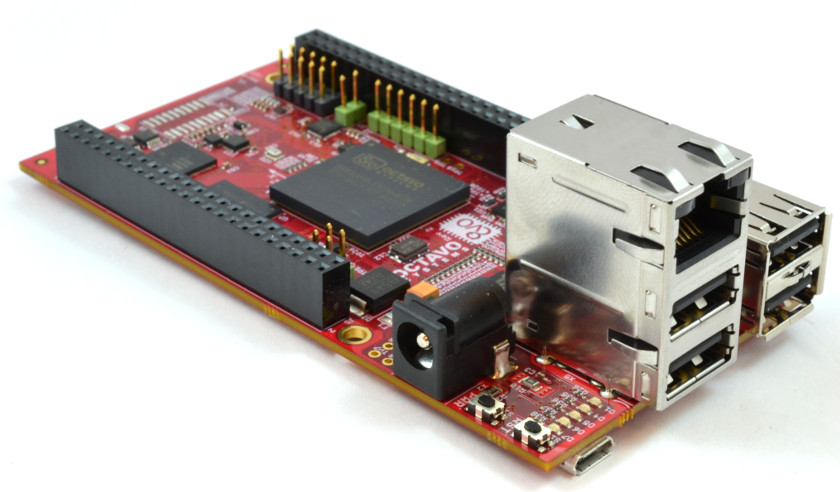 The open-spec OSD3358-SM-RED is the first Octavo Systems’ SBC based on one of its SiP modules. The SBC uses the 21 x 21mm OSD335x-SM  SiP module, which packs a 1GHz Texas Instruments Sitara AM3358 SoC.

The OSD3358-SM-RED, is a BeagleBone-like development platform for prototyping Octavo OSD3358 SiP based devices. Presumably, it will also work for projects based on the OSD3358-512M-ISM, a version of the OSD3358 SiP announced at Embedded World that adds -40 to 85°C support.

Specifications listed for the OSD3358-SM-RED include: 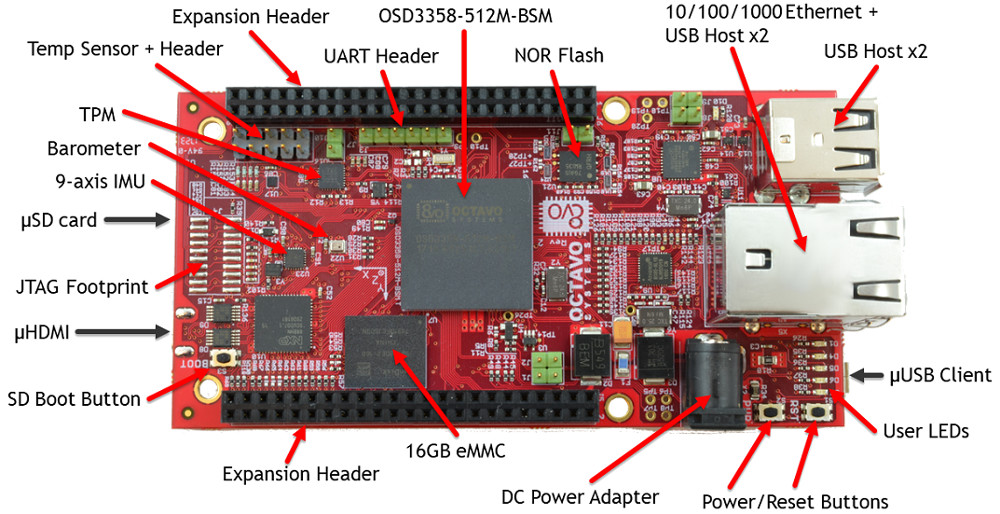