Italian company TRX Innovate, in co-operation with Tecnoroll BMB, very active in the field of technological innovation, has developed a new system that can transmit emergency alerts via radio through the efficient use of FM modulation and RDS, two well-established standards which are widely used worldwide for their reliability and affordable cost.

Drivers must pay attention to a great number of details and events occurring around them all the time.

Sometimes they happen to be distracted and don’t notice important warning signs, especially when they are driving on roads they are quite familiar with, which lead them to drive less carefully.

The loud music people listen to while driving may also cover the sound of the sirens of an approaching ambulance or rescue vehicle, sometimes with fatal consequences.

According to statistics, over 74% of drivers listen to the radio while at the wheel. This system can use this media to reach those people and quickly notify them emergency warnings or alert messages in a safe and effective way.

The heart of the system is an FM transmitter which can send alert signals on all radio channels at the same time (88-108 Mhz band).

It can transmit an audio message, a voice alert, or other messages. Thanks to the embedded RDS encoder, it uses the “PTY-Alarm Signal” (Emergency Alert function) to make the radio switch automatically to the FM tuner, transmitting the alert signal both as an audio message and as an RDS text. Even if the driver is listening to a CD or an MP3, the receiver will automatically switch to the FM tuner in order for the alert to be heard. 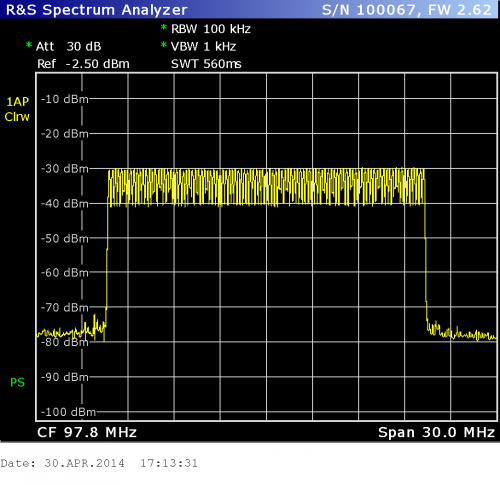 The system doesn’t need any expensive additional infrastructures. It can be mounted either in fixed positions (highways, road tunnels, etc.) or on mobile posts (to alert people about roadworks, accidents, traffic jams, etc.). It can also be installed in vehicles like ambulances, firetrucks or police cars to quickly alert the other drivers about the approaching rescue vehicle.

It can transmit warnings about tunnel conditions, send alerts in case of traffic jams, accidents, obstacles on the road or other dangers, lane closures and modified traffic circulation due to roadworks, increasing the effectiveness of the existing warning panels when a dangerous event has occured.

It can send real-time alert signals to people in dangerous areas, or warn them about expanding or moving natural calamities like forest fires, floods, tornadoes…

In the event of natural disasters such as earthquakes or sudden events like flash floods, this technology can offer several advantages:

Installed in hazardous areas, this emergency warning management technology can provide instant alerts that can be received by a large part of the population, potentially helping to save lives. 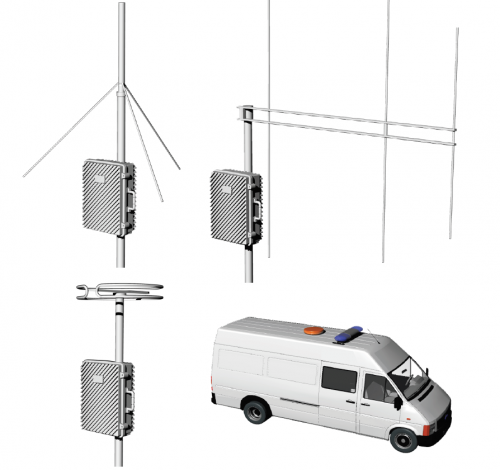