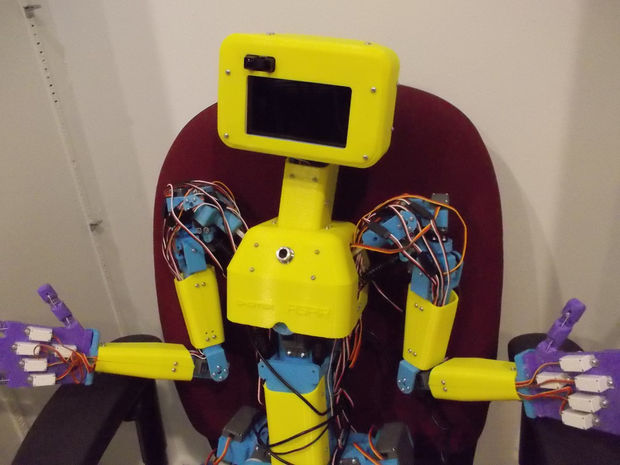 The massive Instructable is divided up into ten chapters, ranging from arms and legs, head and chest, to merging, wiring, and shells, for a grand total of 80 steps. As the software for the ASPIR is still under development, the Instructable only covers the hardware construction.

The open source robot, which is the “spiritual successor” to his Halley Ambassador robot, stands 4’3″ tall; Choi tells that “anyone can build [it] with enough drive and determination.”

Each of the ASPIR’s legs requires six super-size mega servomotors, along with four standard high-torque servos per arm, five metal-gear micro servos for each hand, and two standard servos to make the robot’s head pan and tilt – all of these servos mean that ASPIR has a total of 33 degrees of freedom. To build the robot, you’ll also need over 70 different electronic components, such as a four-port USB hub and webcam, power adapters, an Arduino Mega Servo Shield and an Arduino Mega 2560 R3, aluminum hex rods, and 50 servo extension cables.

The Instructable includes files for all 90 3D printable parts – each leg has 12 files and each arm has nine, while the body has eight, the head has six, and the neck has three. There are nearly 20 separate files for the shells that cover all of the robot’s body parts and exposed electronics, but only two files per foot and two per hand.

“This is a very advanced and large Instructables project! We recommend you have significant 3D-printing experience before attempting this project. Expected build time will be several months with an estimated build cost of roughly $2500 (this cost may be lower or higher depending on which suppliers you use and which parts you already have).” 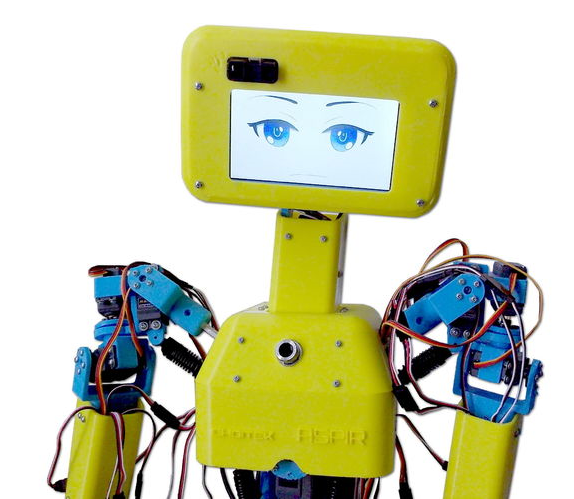