Carve Metal With Electricity in Your 3D Printer | Make:

Take any 3D printer, throw on this modular head, and use it as an EDM machine to do precise metal carving. Exciting stuff!

Electro-Discharge Machining or “spark erosion” is a fairly specialized field that not many hobbyists are familiar with. The technique flips traditional electrical design upside down by trying to maximize a phenomenon that most designers seek to minimize — contact erosion. Every time a switch is switched or a relay is triggered, as the two ends are physically brought together an arc eventually jumps the air gap right before actual contact is made. This burst of electrical plasma vaporizes a tiny spec of material on the impacting side. 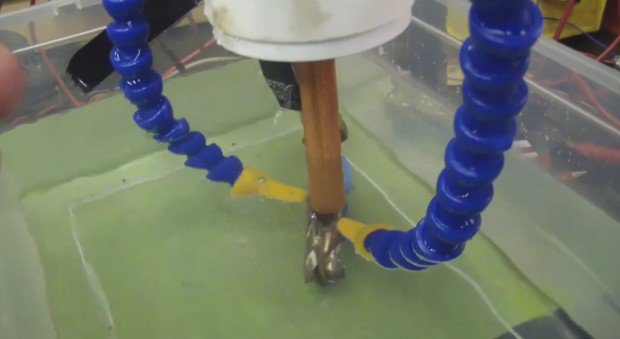 If the ends were brought close enough to arc but never touch — like in a TIG welding arc — electricity would continue to flow between the electrode and the workpiece in the same spot. This is because plasma has only a tiny fraction of the resistance of air. In EDM that’s not useful, so the power is rapidly pulsed on and off (Khz) such that the microscopic bit of dust is vaporized from a different point every time. Since the last part vaporized will now be farther away due to the bit that was eroded, on a flat surface the next-closest point is next to be vaporized. This repeats tens or hundreds of thousands of times a second. 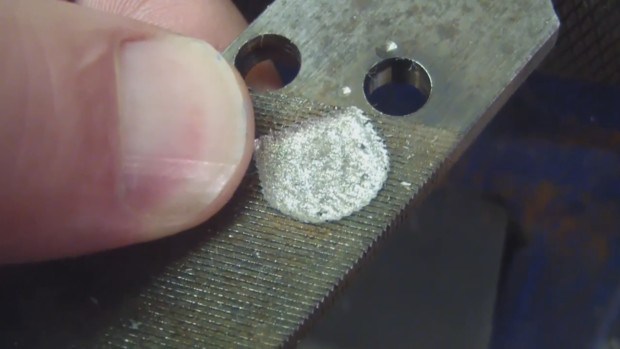 Why is this good? Can’t i convert my 3d-printer into a milling machine, by installing a Dremel on the moving head? Nope, here are the main advantages of this EDM technology:

Source: Carve Metal With Electricity in Your 3D Printer