Behind The Crash Of 3D Robotics, North America’s Most Promising Drone Company 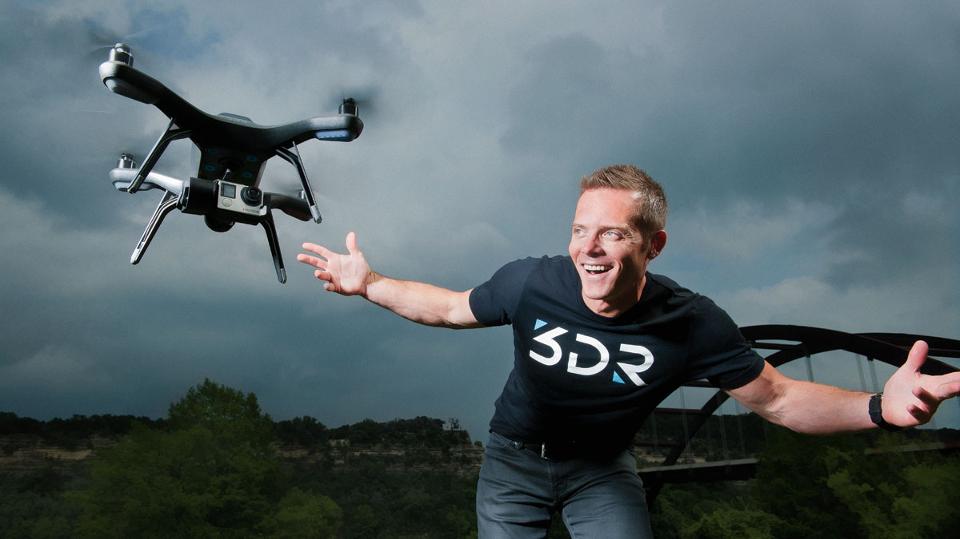 On a clear March day last year, Chris Anderson led FORBES onto the outdoor deck at 3D Robotics’ Berkeley, Calif. headquarters to discuss the future of flying robots. As the CEO of North America’s largest consumer drone manufacturer, Anderson, former editor-in-chief at Wired and author of New York Times bestseller The Long Tail, explained why drones would be the next convergence of computing and gadgetry. 3D Robotics was poised to take advantage of a multibillion-dollar opportunity, he said confidently.

Drones may still prove to be invaluable pieces of consumer technology like personal computers or smartphones, but the outlook for 3D Robotics is now cloudy and bleak. In 12 months, the company has gone from an industry leading U.S. drone startup to an organization struggling to survive–the result of mismanagement, ill-advised projections and a failed strategy that relied on a doomed flagship drone. As a result, 3D Robotics has laid off more than 150 people, burned through almost $100 million in venture capital funding and completely changed its business strategy.

At its peak, 3D Robotics had offices in the Bay Area, Austin, San Diego and Tijuana; employed more than 350 people; and was valued by investors–which included Qualcomm Ventures, Richard Branson and True Ventures–at more than $360 million according to Pitchbook, a private company research firm. Seeing a consumer drone space with few competitors, Anderson hoped to develop flying robots that appealed to the average consumer as well as businesses. In one of his last stories before departing Wired to run 3D Robotics full time, he envisioned a future where kids flew robots in their local park, while farmers and construction workers used the same device to map corn fields or survey build sites.

That drone was supposed to be 3D Robotics’ Solo, a sleek black quadcopter, whose open source software platform would invite outside developers to create a host of capabilities. Solo, however, never caught on after its April 2015 debut, the victim of missed product deadlines, buggy components and stiff competition from SZ DJI Technology Co., a Chinese company that slashed prices and moved quickly to develop newer devices.

read the full story at: Behind The Crash Of 3D Robotics, North America’s Most Promising Drone Company