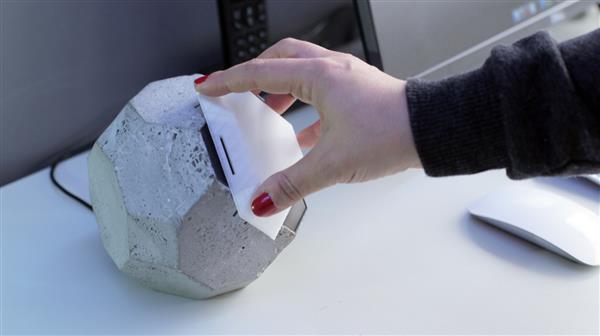 A Spanish designer duo Roman Terre and Angeles Angulo have built a prototype of a rather simpler privacy solution called Thero. Their 3D printed internet connected device is still a concept that looks like a crystal made out of concrete, wood, or some other material.

Under the hood, Thero houses Raspberry Pi 3 powered access point which can allow users to connect to the internet through the secure Tor network; allow regular internet access but alert users when a new device is connected; block social networking websites; enable a complete internet blackout.

To turn any of these states on, one has to rotate the dial present on top of Thero. The LED present on the device changes color when to switch between the states. The privacy hardware can be connected to devices via a cable or act as a wireless access point.

Thero won’t be released as a commercial product until they improve its software. One of the planned developments is to release Python-based API which would allow users to configure the dial states on their own.
According to Torres and Angulo, they plan to commercialize Thero and, in the spirit of transparency, will keep the project open source (with an OpenWRT version to be released soon).