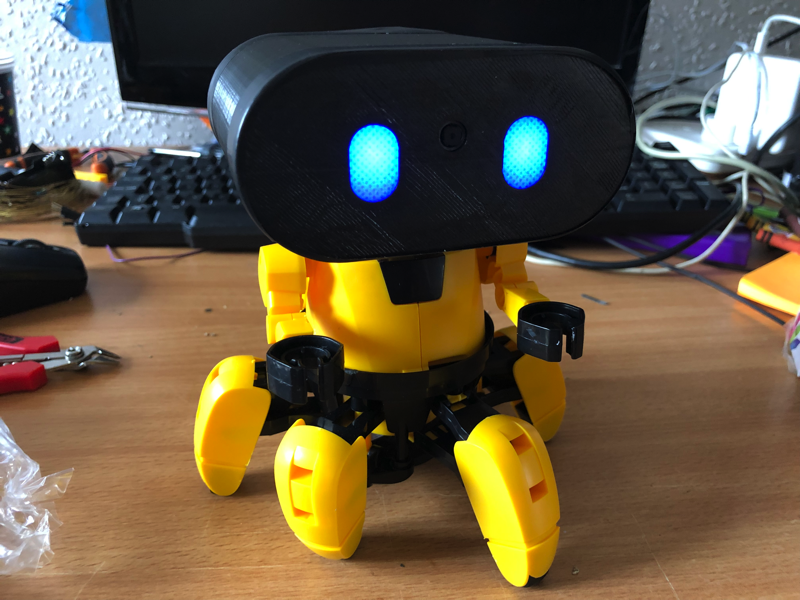 If you want to do it yourself, search for Tobbie on eBay or Amazon and be sure to have at home the following components:

David says about his project:

It took about 0.5 seconds of playing with the original to realise I was, of course going to have to see how we could improve on its abilities. It became really apparent that a Pi Zero, power, DC/DC regulator etc. weren’t going to fit inside that head… so it was going to have to go….

You have to ‘unbuild’ the kit almost all the way back to the start, this then allows for removal of the head which conveniently then just leaves the wires for the two motors exposed.