Something we didn’t notice: The Mixtape Alpha open source synthesizer

Mixtape Alpha was a successful experiment for us, so much so, we ran out of our first production run. And, after much soul-searching, we decided to retire the product. But, before we did that, we wanted to give one last chance for music enthusiasts everywhere to get a Mixtape Alpha. As Neil Young said, “it’s better to burn out than fade away”.

And, from the Wiki:

Mixtape Alpha is the first in a series of super-scaled-down synthesizers and sound generators. We started with a raw chunk of electronics, and removed anything that wasn’t a synth. What we were left with was a microcontroller, battery, and some LEDs.

Mixtape Alpha is an attempt to break down the barriers between people and electronics: To get them comfortable touching PCBs, and change expectations about how electronics should look. To this end, there are resistive touch pads, and all the trace routing took aesthetics into consideration as well. This concept was the brainchild of Jie Qi from the Hi-Low Tech group at the MIT Media Lab. 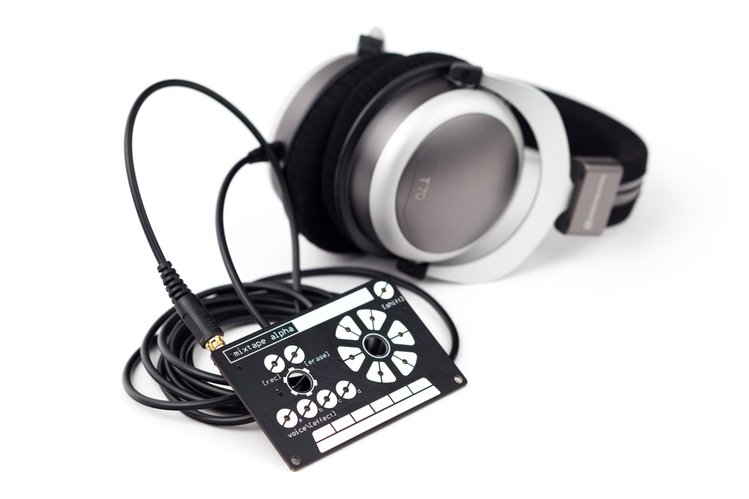