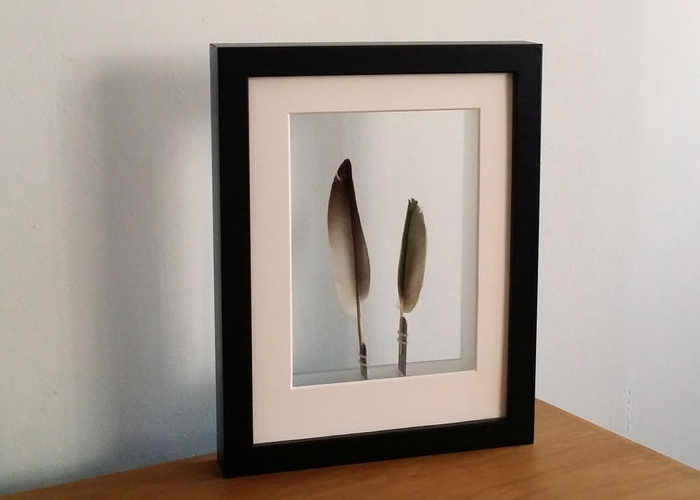 A new slow motion frame has been created by instructable user jollifactory using an affordable IKEA Ribba frame and has been inspired by the Slow Dance Frame created by Jeff Lieberman.

With carefully-coordinated vibrations and lighting, the sLOMO device is able to make objects such as a feather or plant appear to move in slow motion with the naked eye.

“A device vibrates the objects placed within the frame at one frequency and strobes light on the objects at a slightly offset frequency. The difference between the frequencies called the beat frequency creates an optical illusion.

If the vibration rate is just a little bit faster or slower than the strobe light, then you will get a slow motion effect whose speed is proportional to the beat frequency.

If the objects vibrate at the same speed as the strobe light, then the objects will seem to be motionless.

If the beat frequency is high, you may get seemingly random jumping of the vibrating objects.”

An Arduino Nano controls this magnet and pulses a double-row LED strip, in order to make the item appear to slow down, or even distort itself into multiple overlapping images.