Running Minecraft on a Raspberry Pi 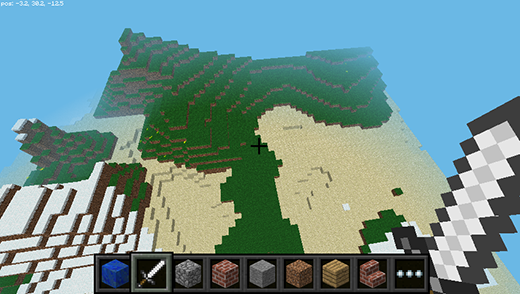 Minecraft is a hugely popular game that runs on PC, Xbox, PlayStation, and even smartphones. It’s the best-selling PC game of all time and has become a worldwide sensation with obsessive players around the world, a large online community, and a vast array of merchandise. Many people enjoy building complicated structures and even creating their own interactive systems using only the mechanics of the game.

The free Raspberry Pi version of the game is the only one that comes with a programming interface, allowing players write code and manipulate the world around them. It’s based on Minecraft Pocket Edition for Android, and a Python API is provided. It’s bundled with Raspbian, the Pi’s main supported distribution, and it’s being used to teach programming skills to young people around the world.

You can explore the Minecraft world with your mouse and keyboard, place blocks and build things manually, but the fun really starts when you open up a Python window alongside Minecraft and start sending commands into the world.

You can find how-to guide to install Minecraft for RasPi if you haven’t it, and see the amazing customization the community did here: Minecraft on a Raspberry Pi