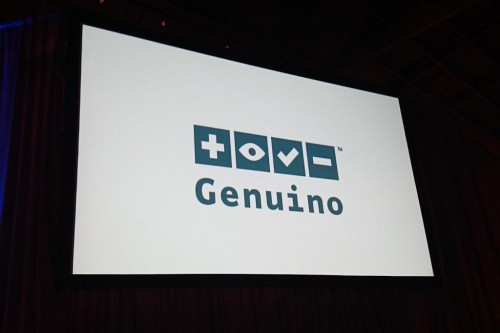 As already announced during the most recent Maker Faire Bay Area, held in San Francisco last May, Massimo Banzi anticipated a bunch of news about Arduino/Genuino strategy.

By the way, did you miss our exclusive interview with Massimo? Go here to read it before going on, spoiler advice!

So, one of the most exciting news announced was the new Arduino IDE, that is going to be available for downloads since today, June 15th.

As Massimo promised on the official blog:

we are going to release Arduino IDE 1.6.5 with a bunch of new features and the support for the Arduino Zero. The new IDE keeps the serial monitor open while uploading, lists the last 5 opened sketches in the “Open Recent” menu, and many other features you’ll discover next week.

Our team stumbled upon a last minute software bug which moved the launch date by a bit  but everything is almost ready, they really worked hard to ensure the best experience of use.

We love this product as it shows our great collaboration with Atmel, and we know a lot of people in the Arduino community are looking forward to put their hands on it.

Download the new IDE from the official site: Arduino – Software