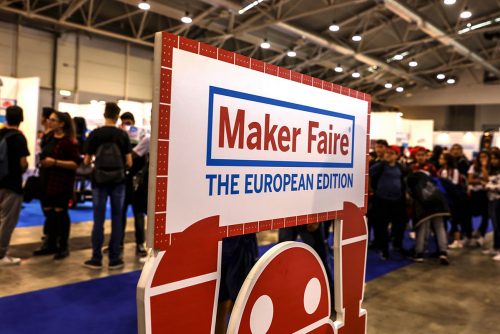 The Maker Faire 2019, scheduled in Rome from 18 to 20 October, provides ample space dedicated to the applications and potential of AI systems.

Italy can already boast a consolidated tradition in the field of artificial intelligence, at a methodological, technological and applicative level and, in this context, the need arose to join forces with universities and research centers for the creation of a new Cini National Laboratory called Aiis “Artificial Intelligence and Intelligent Systems”. The laboratory seeks to create the basis for an effective Italian ecosystem of artificial intelligence, inclusive of all competences and devoted to enhancing our nation’s excellence in order to strengthen the scientific and technological role of Italy in Europe and throughout the world.

The Aiis Laboratory of Cini will organize a panorama of artificial intelligence systems during the fair. The objective is to demonstrate to the general public the potential of IA systems through the organizational model on application domains, which was met with great success at the recent conference Ital-IA 2019, and is able to convey the importance of artificial intelligence in our country’s development and much more.

The Maker Faire 2019 will, therefore, be an opportunity to introduce visitors to the potential of artificial intelligence and to nourish the virtuous network of exchange and collaboration between research bodies, institutions and companies interested in the most strategic and explosive technology of the 21st century. Artificial intelligence, in fact, is already impacting strategic areas that characterize our lifestyles, such as medicine, technologies for wellness, aging, training and education, and even the humanities and cultural disciplines.

Among the demonstrations of artificial intelligence systems, Maker Faire Rome will also host a triangular tournament of robot “RoboCup” footballers involving the teams of Rome’s Sapienza University and two other universities from Switzerland and Germany as protagonists. A tournament in which humanoid robotic systems, completely autonomous, will be rivals in football matches, putting to the test methods and techniques of artificial intelligence at the state of the art.

“Artificial Intelligence – explains Daniele Nardi, Professor of Artificial Intelligence at the Sapienza University of Rome and coordinator of the homonymous area of Maker Faire Rome – is a scientific challenge, which has accompanied my entire career as a researcher. In this phase, the results of the research can effectively lead to the creation of systems that can contribute to the development of our society in many aspects, as has also emerged from the Ital-IA conference, organized by the Laboratory Cini Aiis last March. And this is precisely the objective that the space dedicated to Artificial Intelligence systems has set for itself: to show the opportunities offered by IA technologies, referring mainly to industrial systems, in order to highlight that it is not only the world of research that is committed to the theme of Artificial Intelligence, but that the technology transfer towards the world of production is already underway”.

“The area dedicated to artificial intelligence – explains Lorenzo Tagliavanti, President of the Chamber of Commerce of Rome – enlarges and consolidates the platform of Maker Faire Rome, that is, the place where Science meets innovation, from the ground up, by offering training, networking and business and it is, therefore, an accelerator of the process of innovation for the whole of Europe.  The event evolves also thanks to the co-creation effort we are carrying out, constantly, with companies, professionals and the many institutions that enthusiastically support us. Maker Faire Rome is the event of the strategic economic sectors aimed at modernizing the Country, where you will find a display of the best ideas and inventions that will change our lives for the better”.