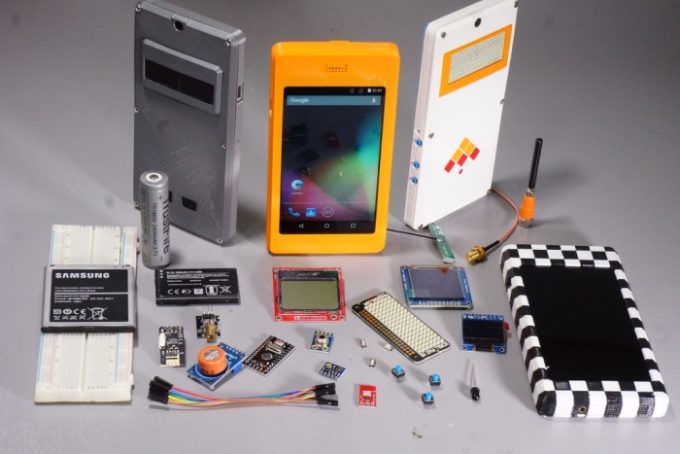 Kite breaks up the smartphone into pieces, creating a set of building blocks that you can use to create any device that needs the features of a smartphone: high performance in a battery powered mobile form factor, augmented by complete connectivity and great multimedia features.

Developer Shree Kumar is positioning Kite as an open hardware platform. The design files will be available and editable. The computer will run Android Open Source Project software and the Linux kernel source will be available for users. And the system uses Raspberry Pi HAT-compatible connectors, allowing you to use off-the-shelf accessories. Kite is completely designed to be customizable.

Kite empowers anyone to build a smartphone with nothing more than a 3D printer and a screwdriver. Kite’s architecture allows anyone to build the devices of their dreams by changing the casing, antennas, batteries, and adding custom electronics. Kite isn’t the most powerful smartphone you’re likely to see in early 2019. And it’s certainly not the sleekest. But it could be one of the most versatile thanks to its made-to-be-modified design.

Kite is still a work in progress. Kumar notes that he’s still working on the camera, HDMI board, LTE antenna, and some other components.

You can reserve a Kite for a pledge of $274 or more at Kickstarter.com. Kumar is hoping to raise over $940,000 for this project. That’s not an unheard of amount for a Kickstarter campaign, but it’s not at all a sure thing that he will be able to meet that goal, so it’s not clear if he’ll actually be able to ship the Kite kits in January, 2019 as promised.