Dronecode: Taking the Internet of Things to the Skies

In 2007 former Wired Magazine Editor Chris Anderson built a Lego mindstorms robot with his kids in an effort to get them interested in science. Two years later he founded 3DRobotics, now the largest personal drone company in North America. On a recent keynote, he declared interesting concepts about drones and open source:

Drone technology has also reached a maturity level that the embedded Linux, ROS (Robot Operating System) and drone communities are converging, Anderson said. Dronecode, a Linux Foundation Collaborative Project, is designed to bring these various communities together to work on a common open source platform for Unmanned Aerial Vehicle (UAV) technology. In a few words, “hardware was starting to look like software”

via Dronecode: Taking the Internet of Things to the Skies | Linux.com. 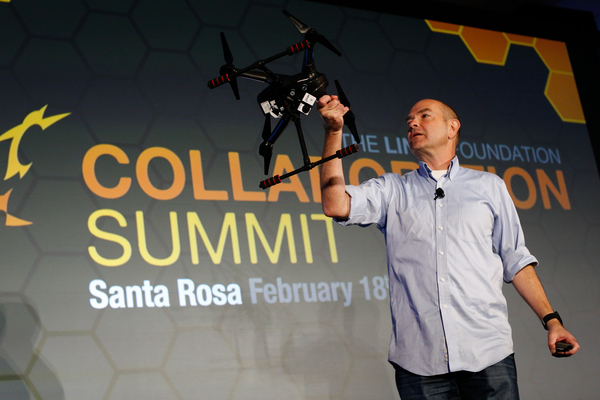