Cito moves to the next generation smartwatch 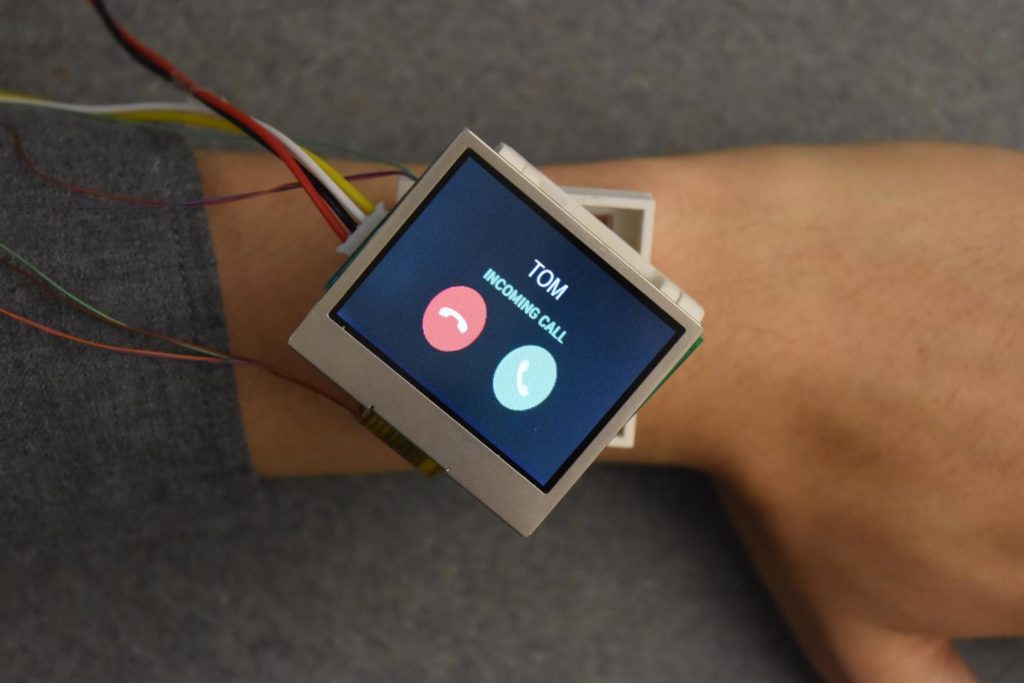 A unique proof of concept actuated smartwatch has been created by Dartmouth researchers using little Arduino programming and hardware, providing a glimpse at what future smartwatches may look like.

Cito is an actuated smartphone concept that physically moves itself using an Arduino Due, Bluetooth and several motors.

Receiving Internet notifications has gone from using a computer, to checking them on your smartphone, to now simply seeing them come in on your wearable device.
This design can move in five different directions–rotates, hinges, translates, orbits and rises–potentially making viewing more convenient, or even providing haptic feedback. Prototype electronics are housed inside a control box on the upper arm, but presumably would become much smaller in a production version.

With continued research, the team is planning to integrate innovations like an ultra-sonic motor to reduce bulk and increase battery life to make the actuated watch technology more practical.

Watch the video below for an overview of the Arduino project which allows the smartwatch to move into a more convenient viewing position when a notification is received.