In this project we see how to build a particular musical instrument called AirBass. It’s a sensor-based real electric bass emulation that allows the user to play distinct notes while not pressing strings.

On a more specific level, the operation of AirBass can be broken down into four main components: “string” detection, “fret” detection, “string” plucking, and sound production. The strings consist of four pairs of break beam sensors mounted on a wooden plank, which shapes the neck of the bass. An ultrasonic distance sensor, also attached to the neck, determines the position of the key. 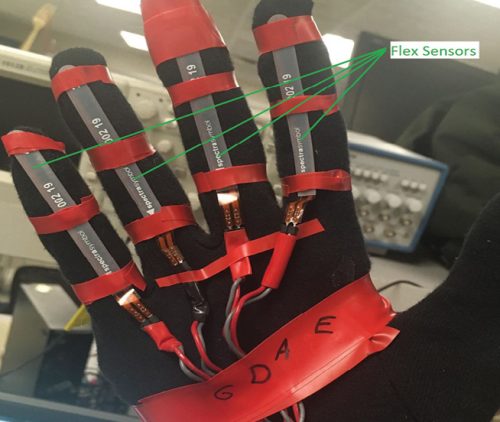 The user can play the notes by bending a finger on the glove equipped with flex sensors along four fingers. To read the sensors and execute the logic to produce the corresponding note, we use a PIC32 microcontroller (MCU).