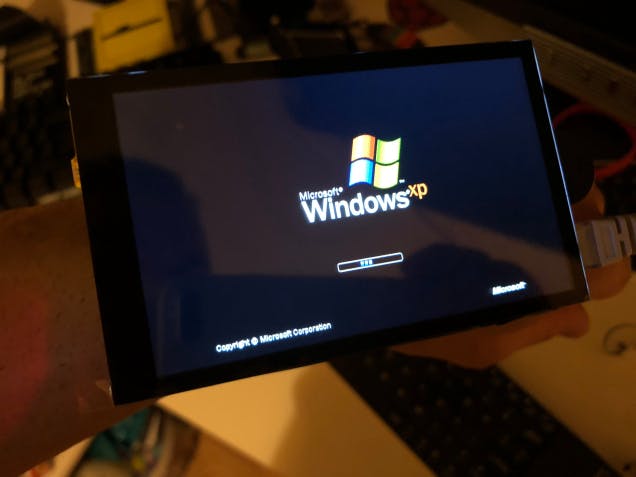 The Windows Wrist Watch 2.0 boots the classic Windows 95, 98 and XP operating systems on the Raspberry Pi and displays them on a wearable four-inch touchscreen.

The “watch” itself also looks rather clunky, and is basically akin to strapping a large phone to your wrist.

The project requires a Pi 3 Model B+, Pimoroni’s HyperPixel 4.0 screen, and various other components, which require a bit of light soldering to assemble. Setting up the software may also take some time, and will require you to run QEMU on another PC.

Actually the system works, but with many issues:

As for how the system runs – it’s pretty slow, although the Pi 3 does run the VM’s a bit faster than the A+ did in my original project;  it’s still quite slow as QEMU will only run single threaded.

The main issue I found is that the HyperPixel touch doesn’t work with QEMU well, if at all – this wasn’t a problem using the screen on the Windows 98 Wrist Watch, I’m not sure why. I tried a few QEMU commands but couldn’t get it to work unfortunately – if anyone has any ideas let me know.

But after all, for the maker “this was never really meant to be anything more than a bit of fun”, and for you this may be a good starting point to improve this project.