Blynk it’s an awesome project that’s raising fund on kickstarter: it let’s you build apps for your Arduinos with your Smartphone:

Imagine a prototyping board on your smartphone where you drag and drop buttons, sliders, displays, graphs and other functional widgets. And in a matter of minutes these widgets can control Arduino and get data from it.

New shield to buy? Nope. Not this time.

Blynk is not an app that works only with a particular shield. Instead, it’s been designed to support the boards and shields you are already using. And it works on iOs and Android.

UPD: Blynk also works over USB. This means you can tinker with the app by connecting it to your laptop or desktop while waiting for some internet shield to arrive.

Blynk works over the Internet. So the one and only requirement is that your hardware can talk to the Internet.

No matter what type of connection you choose – Ethernet, Wi-Fi or maybe this new ESP8266 everyone is talking about – Blynk libraries and example sketches will get you online, connect to Blynk Server and pair up with your smartphone.

via Blynk – build an app for your Arduino project in 5 minutes by Pasha Baiborodin — Kickstarter. 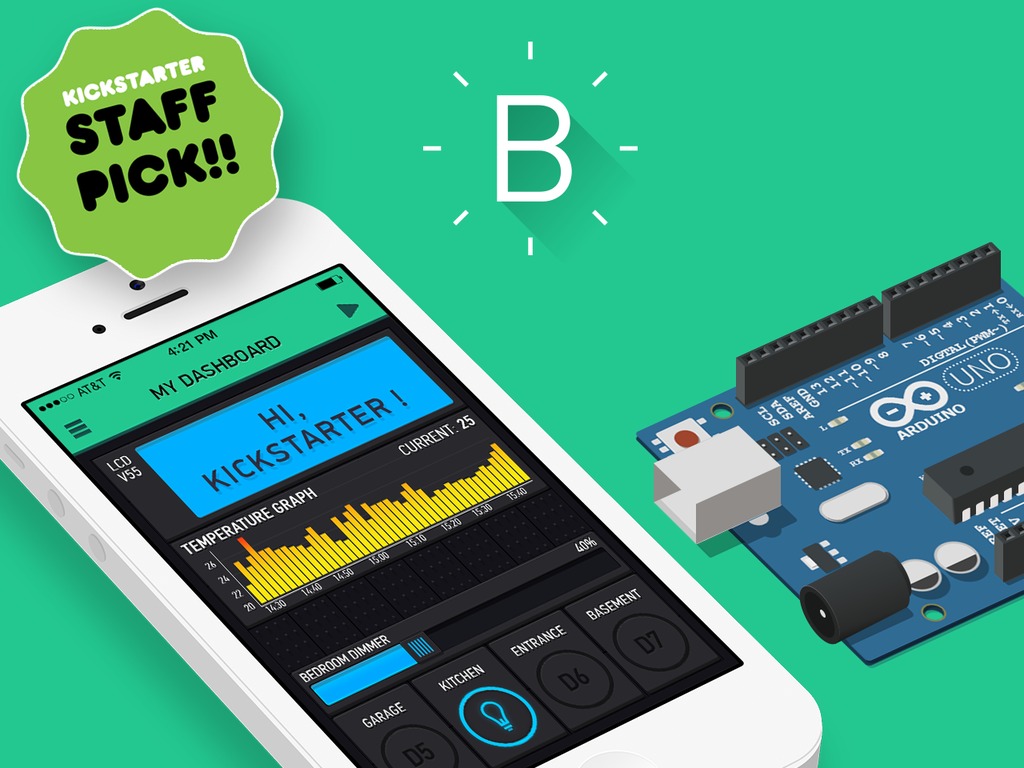