Exploring Arduino uses the popular Arduino microcontroller platform as an instrument to teach topics in electrical engineering, programming, and human-computer interaction. The book shares best practices in programming and design that you can apply to any project, and code snippets and schematics that will serve as a useful references for future projects even after you’ve mastered all the topics in the book.

via Exploring Arduino | Companion Site for the Book by Jeremy Blum. 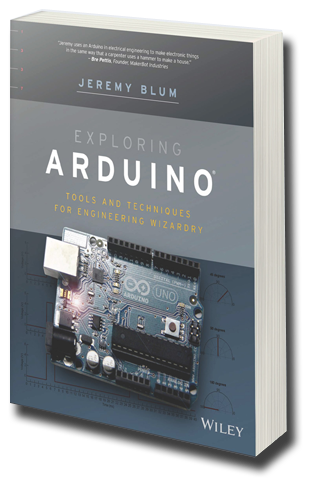