Aryzon Aims To Be The Google Cardboard Of Augmented Reality (AR) 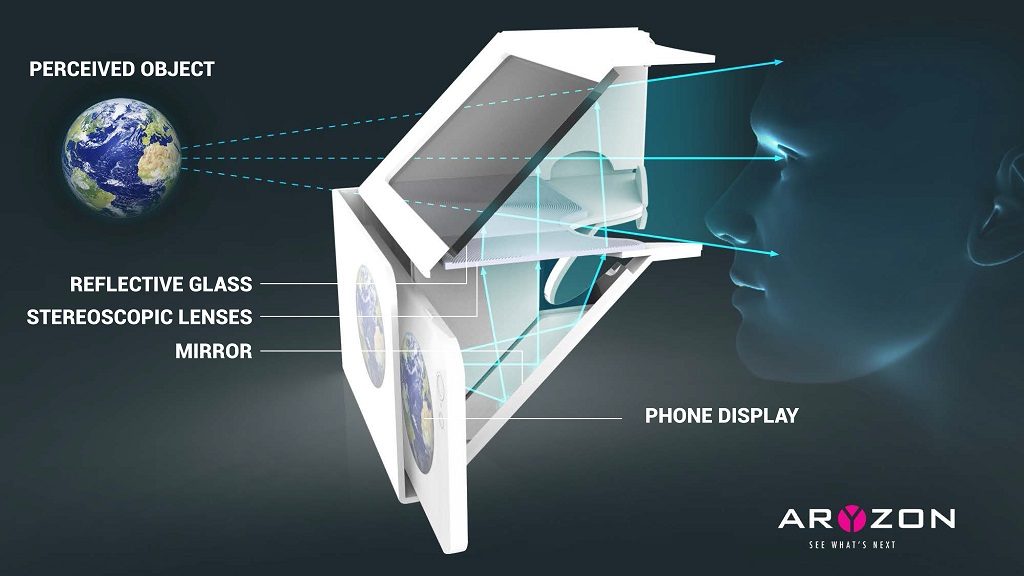 Google Cardboard created a landslide in virtual reality (VR). A cheap, accessible way to experience an entry-level version of the technology that lead to wide-spread awareness.
Back in May 2017, Aryzon launched Kickstarter campaign with plans to do the same for augmented reality (AR), and few days from completion, sits at more than 400% its funding goal: this means a stretch goal has been reached, and that every kit will now come with a head strap.

The Aryzon uses of a set of lenses, cardboard and a smartphone camera; with these the headset is able to place any 3D virtual content into the users own environment. Similar to the Microsoft HoloLens, Aryzon aims to introduce more people to AR and boosts its widespread use in everyday settings.

The app plays an important role in the whole setup and it works with the majority of smartphones (iOS & Android).
It uses target images – imagine something similar to a QR code – to track the environment whilst displaying content. Kickstarter kits are supplied with one of these ‘target images’, but the app will also allow users to create their own.

For the development community, the Aryzon already offers a software development kit (SDK) in open source, meaning even current 2D augmented reality apps can be easily be adapted for use in the Aryzon, and be realised in full 3D. Aryzon recently placed a developers forum online where developers can discuss about the applications and download the SDK.