An interesting open source tracking device that succeeded to get funded on kickstarter recently. Read the funny story used to present:

A few years ago we had a bad ice storm here in Massachusetts and we lost power for several days.  Well during the power outage my brother-in-law’s house was robbed and one of the items stolen was my nephews’ PS3.  As is usually the case, none of the items were ever recovered.

I talked to a couple of law enforcement personnel and found out that gaming consoles were one of the most common things stolen from homes. That’s when I came up with the idea to build a tracking device and place it inside a gaming console.  Unfortunately there wasn’t enough room inside an actual gaming console so I purchased an empty case off of Ebay and so was born the first prototype of my tracking device.  You can read the full story here.

The idea was that if your house got robbed, there’s a good chance your fake video game console would be among the list of stolen items.  The article I wrote generated a lot of buzz and there were several requests asking me to write up a tutorial.  That request turned out to be more difficult than what I had anticipated.  Another thing I noticed, after browsing many forums, was that there were a lot of people looking to make tracking devices and place them in various other items.

Click on the page to see how the inventor condensed all the project down into a single embeddable board. 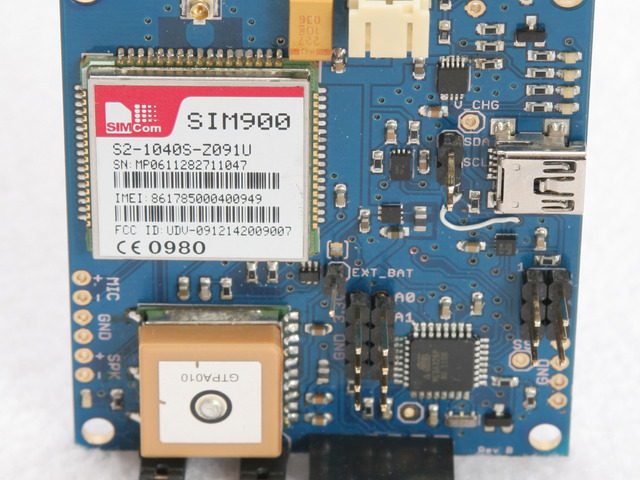