A desktop PC with Raspberry Pi 4 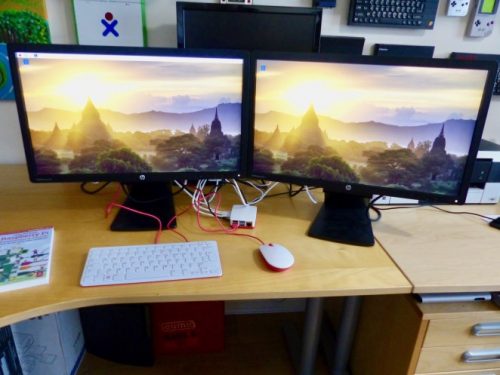 When Raspberry Pi 4 was launched earlier in 2019, the significant improvements in processor speed, data throughput, and graphics handling lead to an interesting change of direction for this once humble small computer. Although it’s impressive that you can run a full Linux operating system on a $35 device, a lot of people were just using their Raspberry Pi to get Scratch or Python IDLE up and running. Many people were skipping the graphical side altogether and using smaller models, such as Raspberry Pi Zero, for projects previously covered by Arduino and other microcontrollers.