3D Racers is a fully customizable racing game with mobile app and Open Hardware from italy.For those not familiar with 3D Printing, 3D Hubs is partnering with the project to provide a 3D service included (which says a lot of the future of 3DHubs as as service also).

The project looks really awesome and – last but not least – the models will be released as open source. 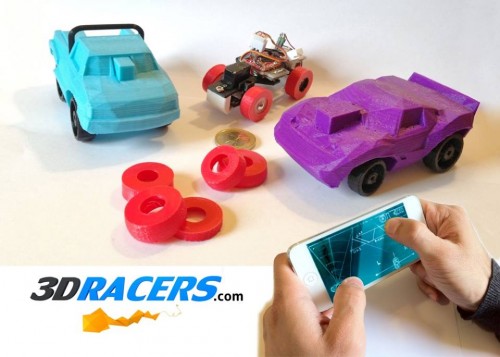